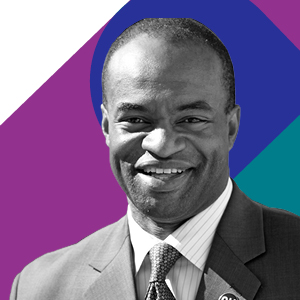 To be successful, every leader must develop a game plan that accounts for the politics and personalities of everyone involved. Executive Director of the National Football League Players' Association (NFLPA), DeMaurice Smith, shares insider stories drawn from his current leadership role and his previous life as a homicide prosecutor that exemplify the importance of strategic planning and contextual decision making. Treasury and finance executives learn lessons that can be adapted to support their careers and ensure their organizations function better and stronger than ever.

DeMaurice Smith has served as Executive Director of the National Football League Players' Association (NFLPA) since 2009 and upon his initial election, ESPN opined that he had assumed the toughest job in all of sports. In this role, he has negotiated two comprehensive collective bargaining agreements, increasing benefits for player health and safety, an increased share of NFL revenue, and additional benefits for retired players. Prior to his current role, Smith was recognized as one of the best trial lawyers in the country. He is a Fellow of the American College of Trial Lawyers and was an Assistant United States Attorney in the District of Columbia for nearly a decade. Smith serves as co-Chairman of the Board of OneTeam Partners, a venture capital company that joined the group licensing of players from the NFL, MLB, USWNT, and the WNBA.

This keynote is sponsored by:

Both In-Person and Virtual attendees will be able to access the Executive Institute Monday Keynote via the AFP 2021 Virtual platform through December 31, 2021.

Check out the preview of DeMaurice Smith's keynote below in the AFP Conversations podcast.